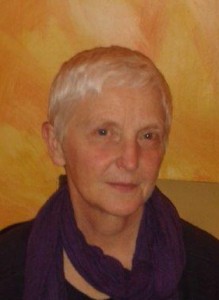 She studied flute, singing and piano at the Royal College of Music as a Junior Exhibitioner and went on to study acting at Mountview Theatre School. She worked for many years as an actor, singer, composer and musical director in the West End, London Fringe, national and small-scale touring, and Theatre-in-Education.

In 1976 with Gerard Bell and Bryony Lavery, she founded Les Oeufs Malades which produced the early plays of Bryony Lavery in London and nationally. Further work with Bryony Lavery was as actor/composer in the 1980s political cabaret The Wandsworth Warmers at the Drill Hall, Piccadilly Theatre and National Theatre.

In 1984 Jessica Higgs co-founded Signs of Life Theatre Company with director Paddy Taylor presenting a double-bill of plays by the experimental, feminist American playwright Joan Schenkar (Fulfilling Koch’s Postulate and Cabin Fever), followed by Waiting for Maria by Judith Scott at the Gate Theatre, Notting Hill. Waiting for Maria went on to play at Theatre Workshop as part of the 1988 Edinburgh Festival. Jessica acted in and composed the music for both productions.

In 1984 Jessica was asked to compose the music for Kenneth Branagh’s Romeo and Juliet at the Lyric, Hammersmith. She went on to compose music for Lin Coghlan’s, A Feeling in My Bones (Theatre Centre) and Rattlin’ the Cage (Half Moon YPT), Diane Samuel’s, Turncoat (Theatre Centre) and Lisa Evan’s, Slap! (Humberside YPT). In 1989 Jessica worked as assistant musical director on Gay Sweatshop’s Paradise Now and Then by Noel Greig and Richard Coles. From this she formed the lesbian and gay Paradise Choir which she ran and conducted until 1992.

In 2000 Jessica established her own company, In Tandem TC, so titled because it is the company’s policy to work in tandem with those who are the subject of the work being developed. To date, the company have produced a double bill of Harold Pinter’s Mountain Language and Landscape performed in British Sign Language (BSL) with Deaf and hearing actors and the British premiere of Smudge, by Canadian playwright, Alex Bulmer (both nominated Time Out’s Critics Choice); developed kin’a’hora, a performance piece looking at Anglo-Jewish identity with spoken word poet, Leah Thorn, subsequently made into a short film My Amulet and premiered at the 2008 UK Jewish Film Festival; and has been developing with French-African actor Aicha Kossoko, a Black cast version of Samuel Beckett’s Happy Days. Jessica has directed all the work thus far. The company’s Unfinished Histories collaboration with Susan Croft began after Jessica had attended Susan’s inaugural event at the Theatre Museum in 2006. In 2012 In Tandem TC became Unfinished Histories Ltd.

Jessica’s work with Disability arts has been extensive and pioneering. As well as her own work with In Tandem TC, she has been a mentor, trainer and director with Graeae Theatre including work on The Changeling and Diary of an Action Man. She has also worked as voice consultant with Deafinitely Theatre (BSL and English). Her work in disability arts has led to invitations to speak at: What is theatre? LIFT 2004 Enquiry (Barge House, London South Bank); Changing the Scene – performance and creative access in theatre for and by visually impaired people (Royal National Theatre,2004); and Inclusion in Training & Performance for Disabled Actors (RADA,2003).

Jessica has been a theatre assessor for the Arts Council and Shell Connections at the National Theatre.

Back to Who We are