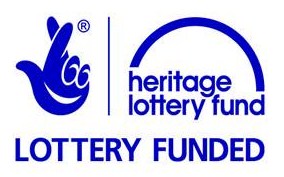 At the end of last year we received an award from the Heritage Lottery Fund to begin developing the Companies list on our web site and mount a related touring exhibition. The project, now well underway, focuses on the London boroughs of Lambeth and Camden, the site of so much innovative theatre work in the 1960s to 1980s, developed through venues like Oval House in Lambeth and the Arts Lab, Drury Lane, Action Space Drill Hall, Open Space and Roundhouse in Camden. The boroughs were also the home of many pioneering arts projects and companies from the Brixton Faeries, Lumiere and Son and Black Theatre of Brixton in the South of the city, to Spare Tyre, Recreation Ground, and Inter-Action and its many offshoots in the North. Oval House in particular also became the London venue for numerous companies touring from elsewhere in Britain including Avon Touring, Forkbeard Fantasy, Kaboodle, Natural Theatre and Yorkshire Theatre Company. This year is Oval House’s 50th anniversary year and it will be the venue for the opening of the exhibition in November, where we will also launch the new web pages. The exhibition will then, in 2014, go to Kentish Town Community Centre and Camden Local Studies and Archives Centre – and perhaps beyond.

Please link to Ovalhouse Season for details of our webpages Launch and Exhibition in November and December, 2013, and Exhibition in Camden for our move to the Camden Local Studies and Archives Centre in February 2014.

How to Get involved
The project will be achieved through the work of two groups:

Volunteers
While this project has now appointed its full team of volunteers Unfinished Histories is always pleased to hear from those interested in participating and supporting the work, so please do get in touch.
Originators
Originators is the name we are using for founders or early members of theatre companies. Each Volunteer will be teamed with a series of individual Originators to gather and compile detailed information on their Company, its work and work processes. They will also draw together archive material, posters, photos, scripts etc, digitising selected items for the web site, borrowing other items for exhibition display.