Catherine Itzin’s work in the 70s and early 80s on documenting the emerging alternative theatre movement in Britain was vital and deserves celebration. It was she who compiled the first ‘Guide to Underground Theatre’ – 5 small print, double column pages in the first issue of Theatre Quarterly in 1971. By 1974 it had grown to a pamphlet publication she edited as the Alternative Theatre Directory and continued to grow rapidly to become from 1975 regular thick volumes, listing numerous companies, preceded by her incisive introductions, looking at women’s theatre, Black theatre, community theatre. Her naming of and recording of this hugely important sector allowed it to identify itself and gain strength. While Cathy Itzin’s main interest was clearly in the political theatre that she documented in her ground-breaking book Stages in the Revolution (Methuen, 1980) the Directories celebrate the whole movement in all its diversity. Recording the oral history of the movement through the Unfinished Histories project, we remain immensely in her debt. 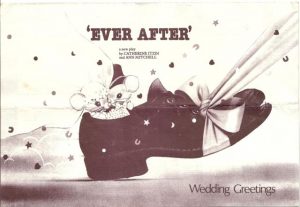 www.guardian.co.uk/society/2010/apr/12/catherine-itzin-obituary
‘Shakespeare’s Sisters’ article by Itzin
If you knew Cathy Itzin and have particular memories of her or her work in this area (including possibly photos or flyers) that you would like to contribute, please contact us.