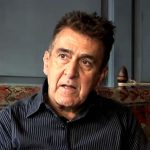 Below is an outline of the topics covered in our interview with Charlie Hanson in 2013, recorded to assist with the construction of the Black Theatre Co-operative company webpage. Charlie’s Unfinished Histories interview is now deposited with the British Library Sound Archive, V&A Theatre Collections and Sheffield University. Please see Viewing Interviews for further details.