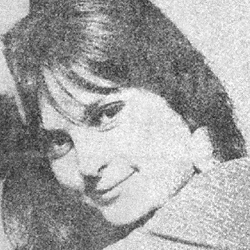 Beth Porter was born in 1942 in New York. She gained early professional experience acting with a children’s theatre company touring up and down the Eastern Seaboard of America. During the summer break between her junior and senior terms of high school, she won a scholarship to train at The American Shakespeare Festival and Academy, run by producer/director John Houseman.
She majored in Drama at Bard College in upstate New York, continuing with Literary Criticism, History of Theatre and Art History at Hunter College in NYC.
She moved to Greenwich Village at the height of its 1960s experiments across the arts with happenings taking place in lofts and little theatres. Neophyte playwright Lanford Wilson introduced her to La MaMa’s founder Ellen Stewart, and she began appearing in La MaMa productions. She was invited to join the La MaMa Troupe, working with its artistic director Tom O’Horgan on a repertory of shows by Paul Foster, Rochelle Owens, Megan Terry, Sam Shepard and Leonard Melfi. The Troupe performed these shows on a six-month European tour.
At the 1967 Edinburgh Festival she met her future husband Peter Reid, and the couple co-founded the UK branch of the La MaMa, which they called The Wherehouse La MaMa. First premiering their work at Jim Haynes‘ Arts Lab on Drury Lane, the company developed highly innovative visual and physical theatre pieces including Street Piece, Mr Jello, Groupjuice, Macbeth’s Witches and Hump or Bone By Bone Alive. The company went on to tour all round the UK, on the continent, and to NYC. Always controversial, they garnered an astounding reputation for a new company.
After the company spilt up in 1972, Beth appeared in a number of prominent film and television roles as well as writing and directing. She went on to work as a media journalist and editor, television script executive and Executive Producer of corporate web sites. She has written regular columns in The Morning Star and The London Progressive Journal, works as an official question-setter for BBC Radio 4’s Round Britain Quiz, and continues to create various web sites. She has recently published Resident Aliens: stories of NYC in the 1960s, a kindle edition of her collection of short fiction, available on Amazon.

The late 1960s
‘Because there was the music, you know, this was the Beatles era.  When the Beatles, I don’t know the right word, it sort of washed over us like some inescapable – and you didn’t want to escape from it – wave that just carried you along, and you knew that it was about more than the music.  And you knew, like what Bob Dylan was saying, your parents’ generation didn’t get it.  Now this was the first generation that had the natural rebellion of teenagery which hadn’t, teenagers as an entity hadn’t existed for that long, that had the natural rebellion of that age, in an era post-war in America, not in Britain, but in America, when there was a tremendous relief because there was some money around. There was disposable income and you had some. And your biggest thing was not to stay with your parents because they didn’t understand you, it was to, you know, ally yourself with a generation that you knew even if you never met the people before, you knew that you had something in common with them. Now that informed all the art that happened.’

Group Juice with Wherehouse La MaMa
‘We evolved this thing called Group Juice…. It was a very physical piece. It didn’t really rely on script. Occasionally we wrote stuff down…. It was all evanescent, you know, of the moment, very hippy – ‘We present it. You see it. That’s it. Goodbye!’ But that was silly, not far-sighted of me, or any of us…. So Group Juice was… The first thing is that you’d come into the theatre and we’d all be talking, ad-libbing and we’d just split into, like a line of people and the audience was enjoined to come and stand in front of whoever they thought they wanted, with no explanation… and whoever got the longest line became the lead character, the character that kind of pushed the action forward.  And it was like a journey through being born and going to school and joining the army and being trained as a killing machine and calming down and death. It was so non-intellectual. It was very physical theatre and it was really powerful and it was startling in the sense that it just wasn’t being done. We hadn’t seen anything like that before and nobody else had either.’

Beth Porter was interviewed in 2013