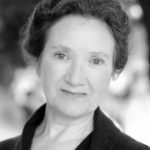 Below is an outline of the topics covered in our interview with Elizabeth Mansfield and Steve Trafford in 2013, recorded
to assist with the construction of the Red Ladder company webpage.

Interview contents include: In depth look at Red Ladder plays, content & politics from its beginnings in 1968 (originally named Agit Prop Street Theatre) to the early 1980s. Lists founder members. Work politically motivated. Brechtian ideas. Rent Play – about rent & housing. Beginning of relationship with the people and their struggles. Living in squat. Began relationship with Unions moving on to other class issues beyond rent & housing. Introduction of the ‘red ladder’. Cake Play – about Industrial Relations Act. Teaching plays with comedy. Marxist analysis of  what was happening economically for the working classes. Theatre and class struggle. Part of Union weekend schools. Socialist Feminist Group. Collective. Discussions to develop egalitarianism and democracy within workings of group. Socialist Collective originally, later role divisions. Woman’s Work Is Never Done. Funding – Equity – changes in Equity at that time – Arts Council. Main work was done in the North so moved to Leeds. Setting up base in Methodist chapel. Taking Our Time – weaving industry in nineteenth century. Advice from EP Thompson and wife, Dorothy. He wrote The Making of the English Working Class. It Makes You Sick – about NHS and warnings against privatisation. Experimented with form, using cabaret format, which didn’t really suit them, and returned to plays with songs. Anybody Sweating; Would You Believe It. Playing Workings Men’s clubs and mix of people there. Power Mad – nuclear industry and arms trade. Touring. Nerves of Steel –steel industry. Ladders to the Moon. Steve and Elizabeth and most of original members had left by early 80s. Change in direction, focusing of young people, still political.  Appointment of first Artistic Director, Board, playing in theatres.