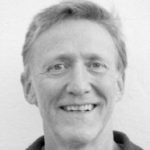 Writer, director and actor, including: Gay Sweatshop, Theatre Centre, Red Ladder and with Mike Alfreds in Shared Experience, Cambridge Theatre Company and Method and Madness. Very sadly, Philip died on 24th May 2019. You can read more about him and his work here.

Below is an outline of the topics covered in our interview with Philip Osment in 2013, recorded to assist with the construction of the Gay Sweatshop company webpage.

Interview content includes: First memories of attending a Gay Sweatshop meeting in 1976 and how Gay Sweatshop was operating at that time. Position of the women within Gay Sweatshop. Company attacked by critics. How the company was funded over the years. Last phase of the company’s work late 90s/early 20s. Response to question as to whether a company like Gay Sweatshop is needed now. Talks at length about his recent work with Liverpool-based company, Twenty Stories High. Followed by a question about whether progress has been made in terms of gay writing over the last 20 years. Noel Greig used to put his gay content within a historical context and made modern day links with them within his plays. ‘State of the Nation’ plays. Modern plays seem to be only about being gay. The ‘Out’s’ online internet as example. Discussion of gay rights in other countries now. PO on what it was like for Gay Sweatshop in the 70s and 80s. Effect of Clause 28 on their work – made them stronger – some local authority funded venues cancelled. Company mentioned in House of Commons debate. Perhaps more difficult for Theatre Centre.