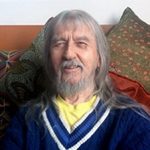 Alan Wakeman was a  tireless campaigner who, until his death in August 2015, was battling to save his local GP surgery as he had continued to do as part of Save Soho and Save Piccadilly campaigns over the years and in the Gay Liberation Front. It was during the Save Piccadilly campaigns in the early 70s, fighting to prevent swathes of demolition, that he met ED Berman, which led to his involvement with Roger Baker and Gerald Chapman in organising Britain’s first Gay Theatre season when ED invited Roger to assemble what became Gay Sweatshop. Alan wrote Ships for this pioneering season ‘Homosexual Acts’ at the Almost Free Theatre. Playwright, poet, creator of language courses and translator (including a new version of Saint-Exupery’s The Little Prince in 1995), Alan also co-authored a successful vegan cookbook and was a songwriter – he wrote a number of protest songs on environmental and gay topics for his band Everyone Involved and published, Beloved Friend  and Other Love Poems in 1989 (Gemini Press). Alan worked with Unfinished Histories to help create the 40th anniversary celebration of that first season, at the Arcola Theatre on 15th February 2015 See Vimeo footage.

Ships
‘My idea was to write a play about honesty, but set it in a big city and have it as a series of dramatised encounters between strangers which begin with total dishonesty, then gradually move through to a semblance of honesty, and then end with total honesty. And it did end up that way, and it ended up as three playlets called Coffee, Tea and Wine. So, Coffee is total dishonesty, Tea is a little bit of honesty, and Wine is total honesty. And there are nine characters in the play and they all meet one another in sequence right the way through. I still hope this play will be revived, I think it still works beautifully, so, given that it’s not about homosexuality. By the way, one of the mainstream Nationals reviewing it said, ‘What are all these homosexuals doing in this play? It isn’t about homosexuality’. Well no, quite! Are we not allowed to write plays that are about something else? He didn’t say what it was about, he just said it wasn’t about homosexuality. There are two homosexual characters out of nine, and one, signaling that he might be available if you play your cards right. [Susan Croft: This play was called?] Ships – as in ships that pass in the night. Well, I had written the first part and drafted the second part when Gay Sweatshop happened. Now, at the time Gay Sweatshop happened, Roger Baker – this is my memory and I…, it might be faulty – was working round the corner as an editor for Paul Raymond’s magazine Men Only, I think. We were meeting one another regularly. Unbeknownst to me, ED Berman, who I already knew from the Save Piccadilly Campaign, contacted Roger Baker and said, ‘Could you put together a gay theatre group? If you could then you can have the theatre for three consecutive lunch-hour theatre plays, fifty minutes each’ – the Ambiance Lunch-hour Theatre Club at the Almost Free Theatre. And Roger set about trying to make it happen.’

Links:
www.alanwakeman.co.uk
For information about Alan’s campaigning work in Soho see West End Extra
Alan’s poster What Exactly is Heterosexuality? can be purchased from the Unfinished Histories shop

Back to Interviewee R-Z
Back to Individuals