Victor took part with Sheila Allen in the animated discussion following our 40th anniversary event to celebrate Jane Arden’s 1969 play Vagina Rex and the Gas Oven, in which he played the Man. 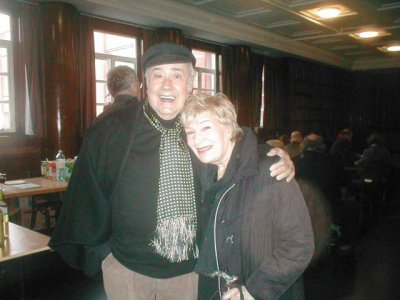 We are very pleased that the event was recorded by the British Library Sound Archives.
Victor had been a key member of Joan Littlewood’s Theatre Workshop and was a highly versatile actor whose roles included parts in most of the Beatles films alongside quantities of stage roles. A writer, director and anecdotalist, working with Ken Tynan and African-American Adrienne Kennedy he adapted John Lennon’s In His Own Write for the stage, wrote and performed a one-man show based on his memories, and wrote the autobiography Up Front.