The Women’s Liberation Movement (WLM) in Britain began in 1969 with the first consciousness-raising groups, many of them in London.  Women got together to share their experiences of jobs, relationships, their bodies, domestic work, sexuality, education, children, political involvement, and most importantly, began to identify their individual personal experiences as political.

The Women’s Liberation Movement (WLM) in Britain began in 1969 with the first consciousness-raising groups, many of them in London.  Women got together to share their experiences of jobs, relationships, their bodies, domestic work, sexuality, education, children, political involvement, and most importantly, began to identify their individual personal experiences as political. 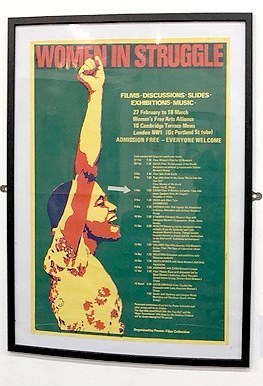 This year Conway Hall celebrates the 50th anniversary of the beginnings of this movement that would radically question and change society, culture, and gender roles

These events supported the work of Unfinished Histories along with The Feminist Library, as they prepare to move to new premises in Peckham. 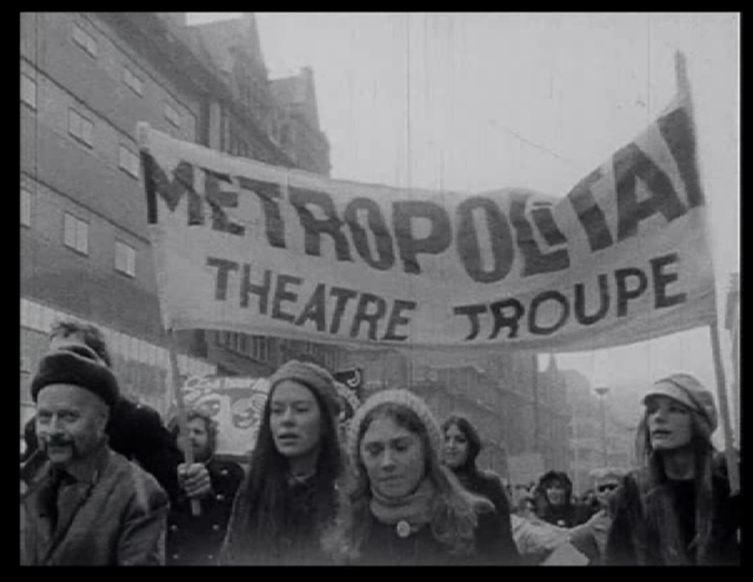 included screenings of rare 1970s films including A Woman’s Place, (Liberation Films, 1971) about the first International Women’s Day march and the 1970 Body Politic conference at Ruskin College; One, Two Three, a documentary on an early feminist nursery initiative (Liberation Films, 1975), Chiswick Women’s Aid (InFilms – Inter-Action, 1973)  on the movement to set up refuges, Women in Manual Trades (1986), a film designed for schools to encourage young women into the construction industry, and A Netful of Holes (1981), made by Second Wave Young Women’s Art Project in Deptford on young women leaving home.
Introducing the films were Sue Crockford of Liberation Films, Mary Clemmey, co-founder of Women in Manual Trades, and Cath Kilcoyne, founder Director of Second Wave.  Some of these films can be accessed online via London Community Video Archive.

an illustrated talk with extracts from performances from the period, including Jane Arden’s ground-breaking 1969 Vagina Rex and the Gas Oven, and work by companies like Monstrous Regiment, Women’s Theatre Group and Theatre of Black Women.  The talk was by Unfinished Histories Director Susan Croft with numerous slides, plus extracts from songs and interviews. Other  performed extracts of key plays from the period including Monstrous Regiment’s Scum: Death Destruction and Dirty Laundry (1976), Women’s Theatre Group’s Out! On the Costa Del Trico (1977),  Theatre of Black Women’s Pyeyucca (1985), and Cinderella: the Real True Story by Cheryl Moch and Holly Gewandter (1987), performed by Brig Bennett, Nora Connolly, Amber Munir and Kathryn O’Reilly, directed by Frances Rifkin. Guest speaker was Mica Nava. 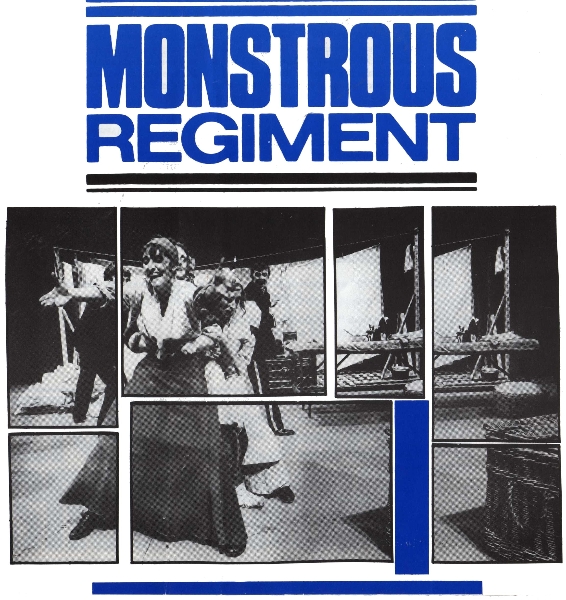 Followed by:
9.00pm: Siren – a performance by the legendary lesbian feminist band (and former theatre company)

Siren dates back to 1979, when they toured their shows and music for a decade throughout the UK and on the continent.  After a short break of 25 years, they reformed as a band.  Siren is Jane Boston, Tash Fairbanks, Deb Trethewey and Jude Winter.  They are joined by a new member of the group, Emilia Ballardini, who was only 4 years old when Siren started!

You can find out more about Siren’s new work at www.facebook.com/sirenbrighton or contact sirenbrighton@gmail.com

This event supports the work of Unfinished Histories along with The Feminist Library, as they prepare to move to new premises in Peckham.  It was produced by Susan Croft with Gail Chester, Magda Oldziejewska, Emma Thatcher and volunteers from The Feminist Library. Many thanks to Martha Lee and Conway Hall for their extensive support and to Southwark Playhouse for the loan of lights. Thanks to Report Digital for use of images from Jane Arden’s play.

The exhibition Feminism in Camden in the 1970s and 1980s runs to the end of May 2019 in the Brockway Room, marking the explosion of activism in the WLM locally through the posters produced for some early feminist marches and campaigns, and for an array of innovative women’s theatre companies. If you have memories of that period of feminist activism you would like to share, please contact HOWL (History of Women’s Liberation) at howluk100@gmail.com