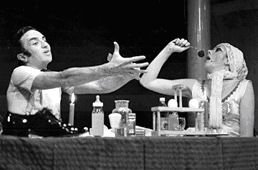 'In beginning to assess my own working life, I realise that I have lived through one of the most exciting times in British theatre history. I belong to a group of artists who, in the late sixties, brought theatre from its stuffy position in proscenium venues out into the streets and into non-theatre spaces for the first time in centuries. This work was largely undocumented at the time, so it is important that the working methods of the experimental companies and the personal stories of the artists are recorded now – before it is too late.

Since 2005, I have been collecting interviews with my theatre contemporaries – like me, most of them are now in their sixties. It has been a fascinating and frequently moving experience to listen to their stories and to understand that we were travelling on parallel artistic tracks – sharing the same ideals, struggles and youthful hopefulness. Many of those artists I interviewed have continued to work in theatre – sadly, several have died since I began the project.

Among the many artists and producers I have interviewed are Jim Haynes, John Ashford, Richard de Marco, Mark Long, Mike Figgis and Laura Gilbert of the People Show, Neil Hornick of the Phantom Captain, Hilary Westlake and David Gale of Lumiere and Son.

I would like to thank all those who have contributed to the interviews and shared their stories and memories so generously.' 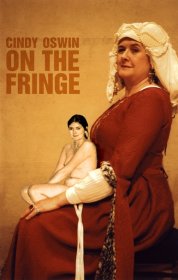 Cindy Oswin presents a one-woman show based on her life in experimental theatre from the late sixties onwards – it is a story of a rich and diverse artistic period in British theatre. In a lively, informative and funny hour-long piece, Cindy explores some of the ideas and characters that made up this vibrant counter-culture. The performance is illustrated with extracts from some of the many video conversations with her contemporaies.

Cindy Oswin is a writer, performer and director who has worked with many innovative theatre companies, as well as writing for opera and film. She is currently documenting the history of the Edinburgh Festival Fringe. Cindy Oswin is an Artsadmin associate artist.