In early 2021 Unfinished Histories heard that pioneer Young Peoples’ Theatre playwright David Holman was terminally ill. Over the course of February Tony Coult and myself conducted five one-and-a-half hour-long interviews with him over Zoom, recording the detail of an amazing career in which he produced more than 60 scripts, many of them recognised as classics of theatre-in-education and theatre for young people. Despite his illness David’s memory was unimpaired and his recollections hugely detailed and always fascinating. It was a privilege to interview him.  Sadly he died on 25th April 2021.

In time we hope to create an Interviewee web page with AV extracts from the zoom, a  proper gallery of images  and bibliography and deposit the full interviews with our usual Collections. In the meanwhile Tony Coult pays tribute below to a writer who would be very much better known if he had written for “adult” audiences, but he chose instead to follow a very personal passion, writing for young audiences. Obituaries include those: by Geoffrey Rush, for whom he was ‘a truly great elder”, with Alan John and Neil Armfield, in the Sydney Morning Herald and by Margot Leicester in The Guardian

Doing the interviews further reinforced for us the long-standing need to create many more Company pages to document the work of groups like Belgrade TiE, Bolton Octagon TiE, Theatremobile, M6, PitProp and others for whom David wrote so powerfully, along with other TiE and community companies like Perspectives and Big Brum. At least we do have a page for Theatre Centre, documenting some of his work.

If you would like to make a donation in David Holman’s memory in support of this work, please do get in touch via contact@unfinishedhistories.com or go to our Donations page.

If you would like to share your own memories of working with David, or of his work, please also email us. We have created an additional page where  you can read further tributes to David Holman.

David Holman was born in 1942 to working-class parents, educated first in North London and later at Eastbourne where his parents finally settled. After secondary school, where, by his account he “turned off intellectually”, he took on a junior teaching job. Fellow teachers noticed his ability and recommended he try for a University. Thus he found himself at the brand new Sussex University which, by chance, he had literally built himself as a waged hod-carrier because his academe-sceptical father had refused to apply for any local authority grant. At Sussex he began to be aware of political events, meeting fellow students in Anti-Apartheid, such as future South African president Tabo Mbeki. 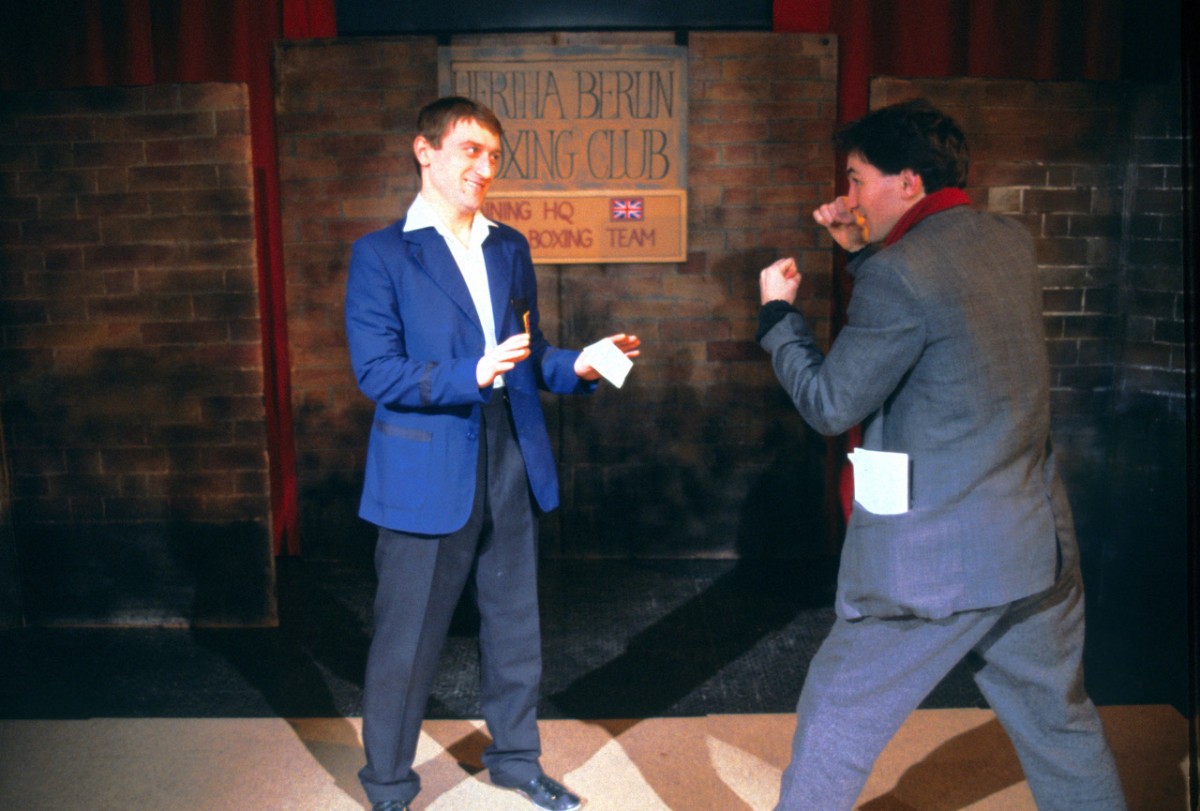 Perspectives theatre company in No Pasaran by David Holman (1981)

Graduating in American Studies, David spent time in Canada before returning to the UK in 1968 to study at the London School of Film Technique and absorb the cultural explosion in art and music of that year. A short eye-opening flirtation with screenplay-writing, culminated in an offer he was glad to refuse to write the screenplay for “Michael Caine’s Birds”.

A fellow Film School student took him to see friends in Coventry where he encountered a new art form and a new educational role – Theatre-in-Education (T.i.E.), and the Actor-Teacher. Initially hired by director of the Belgrade Theatre T.i.E.company Stuart Bennett for no wage to write an entertainment about the 1870 Education Act, David went on to what he characterised recently as his first “golden period”. The company was paid for by the local council but there was no wage for a writer so he was paid the same as the actor-teachers – £9 a week – from the stationery budget! He went on to script some of the early classics of the T.i.E movement, including Drink the Mercury (about the Minimata mercury pollution scandal in Japan), and Adventure in the Deep, (a prescient warning about the ruthless exploitation of oceanic resources).

Characteristic of most T.i.E. work by the Belgrade company, and a growing cohort of teams often attached to regional repertory theatres, was a desire to engage with the urgent political and social concerns of the time. David had been impressed by other company’s work in T.i.E., notably the Bolton company, led by Cora Williams, attached to the Octagon Theatre. It was for them that he wrote another T.i.E classic script No Pasaran about the rise of Fascism in the 1930s , told through the experience of a youth boxing champion from London finding himself in Berlin for the 1936 Olympic Games. Many companies felt impelled to respond to the racial and anti-Semitic stain caused by the rise of the National Front, but none matched the emotional power and security of research of Holman’s play.

David’s next sequence of work was for a successor company to Bolton T.i.E: M6 Theatre Company, which like Theatremobile, was asserting their independence as support from local authorities and local rep. theatres began to crumble, driven by reactionary anxieties. The move to Bolton and Lancashire was never as comfortable for David as his time at Coventry, and he did begin to think about new places to work. Initially, in 1978, he was asked by Clare Venables, then director of Theatre Royal Stratford East, to write for large youth community casts and professional actors. These two plays were Dig for Victory  and The Football Apprentices. 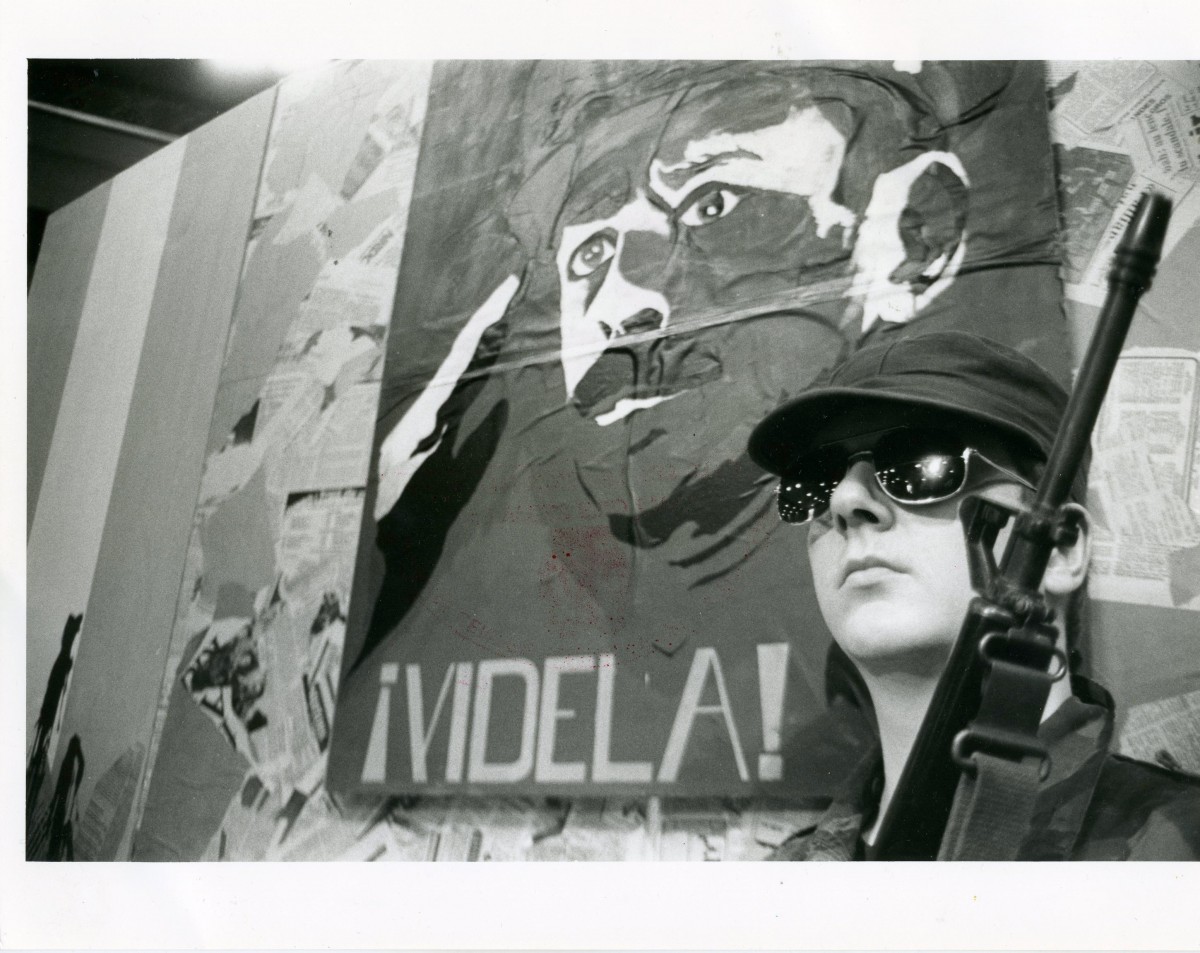 Theatre Centre in The Disappeared by David Holman (1980)

What David was not to know until 1978 was that he was being targeted for a “transfer” by David Johnston, the Director of Theatre Centre, one of the longest-existing companies in Theatre for Young Audiences. Under Johnston’s leadership Theatre Centre spawned individual companies that toured nationwide, playing to school audiences of around 60 a performance. The stint at Theatre Centre could be characterised as David’s second “golden period”. Amongst directors working for Theatre Centre who strongly supported his work were Geoff Bullen, Roger Watkins, Gwenda Hughes and Nona Shepphard, and director/designer the late Bill Mitchell (later to join Kneehigh Theatre, and then co-found Wildworks).

By the late 1970 and early 80s the change of government to Margaret Thatcher’s Conservatives was both a challenge and an inspiration. Theatre Centre made great strides in multi-racial casting and had created a Women’s Company, and many of its productions, including work by Holman, challenged the new ideological world. The period was overshadowed by the threat of a new nuclear stand-off, and three of David’s scripts powerfully and sensitively engage with the anxieties and dynamics of the time. 1983’s Susumu’s Story once again showed his talent for engaging emotionally with young people’s imagination by involving them sensitively in experiences of man-made disaster, in this case Japanese children on the eve of the atomic bomb attacks in 1945. Peacemaker, by his own estimation, his most successful play ever, is a brilliant parable about communities and nations, tribes and identities, friends and neighbours, and insists upon the ability of its cast to juggle and play in performance. Contrast this with 1983, which is set deliberately at an anti-nuclear camp modelled on the Peace camp at Greenham Common where cruise missiles were to be based. That the three Holman “Peace Plays” were the object of vilification by Norman Tebbitt, right-wing Tory Cabinet Minister, was taken by David and the company as a badge of honour. Other notable Theatre Centre pieces by Holman were ABC, about Nicaraguan literacy campaigns amongst women, written for the Women’s Company, and The Disappeared, a powerful story set at the 1978 World Cup in Buenos Aires under a military dictatorship.

David wrote 18 plays for Theatre Centre, but despite his immense respect for the young actors themselves he was beginning to chafe at the relatively small casts, usually four-handers. Thus it was at a French production of Drink the Mercury that David met an Australian children’s theatre director Malcolm Moore and a new phase, a third “golden” period was about to begin.

An exchange was arranged with a production of The Disappeared going to Australia, and a commission from Moore for David to write a play for the Adelaide Festival. David had specified his wish to work with bigger casts but was expecting to create something distinctly non-Australian in devising sessions with his new actors. This failed and he was left in a state of panic and five more weeks of research time. By pure chance (a common theme in his reflections on his career) he was lodged with a teacher who worked with Vietnamese Boat People refugees. What he heard next from these people melded with a separate strand of research concerning a seven-year drought forcing bankrupt farmers to leave the countryside and head for the city. The two kinds of refugees, meeting in the city, formed the beating heart of a pivotal play for Holman: No Worries.

From now on Holman’s main focus was Australia, though there was other work for Duke’s Theatre, Lancaster and the Young Vic in London where he was Writer-in-Residence from 1984-6, premiering shows like Solomon and the Big Cat, with Paterson Joseph. The reception of No Worries established Holman as a major figure, the script on the Australian National Curriculum and more commissions from other companies. One of David’s strokes of luck was to have in his No Worries cast a young Lecoq-trained performer called Geoffrey Rush. Rush staged key scenes involving the putting down of animals by the farmers. Holman was later to work with the Oscar-Winner Rush on a version of Diary of A Madman that won acclaim in 1989. Also, as director of Magpie Theatre, Rush suggested a theme of ‘First Day At School’ and this resulted in another highly-regarded piece, reflecting the experience of young immigrant kids starting school. The play, The Small Poppies, was later re-staged in Sydney with Geoffrey Rush starring as a small child.

David Holman’s output of plays amounts to more than 60 scripts, working largely for audiences aged from 6 to 18. Holman himself wished to be regarded as a writer for Young People and also Theatre for Families. Even writing for the National Theatre – 1990’s Whale – commissioned by Richard Eyre, directed by Tim Supple, owed a great deal to elements of his earlier work, including casting a multi-racial cast. Holman’s influence on writing plays for the young matches that of his Theatre Centre colleague Noel Greig. In recent years his work has been championed by companies in Tokyo and Hong Kong. Holman’s own sense of the chance good luck he experienced could unintentionally obscure the enormous achievement of his career as an international playwright with very English roots. That the critical establishment is largely unaware of this is a measure of its failure fully to acknowledge child and young people’s audiences. That this situation may be improving is a testimony to the extraordinary achievement of David Holman, world playwright.