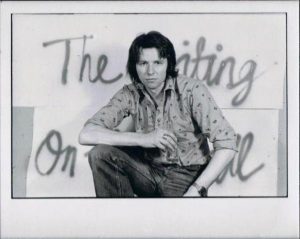 Roger Perry was one of the major photographers of the burgeoning experimental theatre movement throughout the 1970s. Visually beautiful and hugely evocative, his work included companies like Pip Simmons, The Combination, Natural Theatre, IOU, The People Show, Red Ladder, The General Will, Monstrous Regiment, Women’s Theatre Group, Phantom Captain, Freehold, John Bull Puncture Repair Kit, Paradise Foundry along with extensive coverage of the work of Welfare State International. He also covered early performance work by Sally Potter and Rose English together with an array of work by Lindsay Kemp and shows at venues including the Open Space, the Keskidee Centre, the Half Moon, the Traverse and others.

He grew up in suburban London and went on to do an engineering apprenticeship before studying at Harrow School of Art. In the late 60s he joined the early Time Out magazine becoming its major photographer with his coverage of fringe theatre and rock musicians. In the mid-1970s his photos of graffiti were published in the highly successful book The Writing on the Wall. In 1989 he married Kate Bindloss. He photographed people for the Sunday Times and Observer colour magazines and many others and covered the early punk movement. In 1983, with Philippe Achache, he set up the photo library, Impact. In the 1980s he developed severe rheumatoid arthritis and retired to Suffolk where he devoted himself to his other passion, restoring classic Lancia cars, until his early death in Cambridge in 1991.