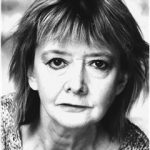 Below is an outline of the topics covered in our interview with Su Elliott, Pippa Sparkes and Jessica Higgs in 2013, recorded
to assist with the construction of The Wandsworth Warmers company webpage.

Interview contents include: Discussion as to when Warmers were working, thinks 1984-86. Piccadilly Theatre Benefit performances – Miner’s Strike and closure of GLC. How company was formed. Began with Pippa and Su writing ‘Hello Boys’ sketch and asking Bryony Lavery to help develop it. She suggested adding a 3rd person so they invited Sally Greenfield to become part of group. First knew Bryony when she was administrator of Incubus where Su and Pippa were company members. Booked a first gig at the New End, had a week to pull it together. Rang Jessica up to ask about music she had written previously for a Les Oeufs Malades show, Grandmother’s Steps. Jessica joined Warmers and never left. Julie Parker invited group to do a 3 week show entitled The Wandsworth Warmers at the Drill Hall. In the first instance they thought it would be a good outlet to have to fill in gaps between other jobs, but so much was involved preparing and rehearsing this never really worked out. Cabaret format but a show. First Drill Hall show was a double bill with Sue Frumin’s The House Trample. Loved by the Drill Hall and were commissioned to do a Christmas show in the bar. Discussion of some of the content of the Christmas Show. Jessica’s character called ‘The Young Musician of the Year’. Some people actually believed this. Pippa couldn’t do following show, Unbridled Passions, so Buffy Davis was asked to do it. The company also did cabaret spots – BAC, Riverside, Oval. Did a Labour Party conference in Blackpool. Work was quite different to anything else that was happening. Description of how the shows opened and how some of the material was developed. What the distinctive wrist warmers worn by the company were and why they were worn. Descriptions of the different ‘fantasies’ the Warmers were given by Bryony during first show. Jessica was allowed to read a poem at each performance. Work not filmed, but there is a film of ‘Hello Boys’ done for BBC4. Lyttleton Platform at NT. Show was inspired by their own lives. Su, Pippa and Sally lived close to each other and met most days. York Gardens gig – Labour Party. They check the Latin lyrics used in the song, Wandsworth Eleison (see Wandsworth Warmers Songs. Bryony wrote all sketches (bar Hello Boys), sometimes set group ‘homework’ to garner ideas. Talk about on stage roles and describe some scenes. Jessica wrote the music to Byrony’s lyrics and both lyrics and songs for her own song. Drill Hall walk out by women who accused company of being racist.