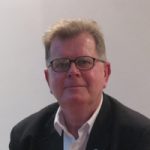 David Johnston was a key figure in the development of Theatre-in-Education (TIE) in Britain in the 1970s and 80s – being involved in all its aspects from the specifics of performing, writing and directing to influencing educational policy through professional pressure groups. He graduated in Politics from Sheffield and, after a PGCE course at Bretton Hall, co-founded the TIE and community theatre company, Key Perspectives.  Johnston was involved in the setting up of SCYPT (Standing Conference of Young People’s Theatre). In 1976 he was awarded an Arts Council grant to investigate TIE and children’s theatre provision across the country, which led to  him taking over from Brian Way at the long-established Theatre Centre. Under his influence Theatre Centre would be associated with the commissioning of hard-hitting plays, working with new writers and directors and implementing progressive policies in the fields of ethnic, disability, sexual and gender discrimination. Theatre Centre was in the vanguard of a movement to give TIE a more defined political purpose.  In the 1980s Johnston had the opportunity to work more internationally through touring productions and director exchange schemes. In 1986 he went freelance setting up festivals and later on became director of Roundabout TIE at Nottingham Playhouse. Most recently, in 2002, he set up Tangere Arts with his partner Ava Hunt.

‘Well it was a massive learning experience for us [setting up and running Key Perspectives], I mean because we were all totally new to it, we were all very strong personalities. We were all – I don’t know that any of us were particularly ambitious apart for Carol, with her wanting to be on television, but we were just – the times were very much where you felt encouraged if you were, free to do work and so on. I mean, at the end of the first year we, we’d been developing on our own really, but we’d got to see one or two of the TIE companies, and Leeds TIE set up a national TIE conference of all the companies that were were being funded at that time, which was probably about 30 or 40 even then, and Roger Chapman at Leeds, who was the Director at Leeds, set that up and we went along, sort of the bright new kids on the block. And we all did a lot of mouthing off and saying how good we were and how excited we were, and there were a lot of other people there who were the same but had been doing it a while, and were sort of the Coventry’s and Bolton as they were then, and so on, and Greenwich of course, and Cockpit. And you had The Curtain then in London and any way the result of that conference was that everyone was very excited to form a TIE national organisation a standing conference. But none of them had any money to do that and they were all very busy – you know getting quite well funded but doing a lot work and there was a lot of, I guess, political idealism around. At the end of that conference Peter Brinson, who was the Director of the Gulbenkian Foundation stood up and said, ‘If you want to form this organisation, Gulbenkian will fund it’ and so as a result of that we set up a committee of five people – which I ended up on, for talking too much – which spent a year and a half setting up SCYPT, which became the standing conference for the companies. So there was a sort of political, national side going on, alongside us building up our work. It was broadly Social Democratic Leftish inclusive when it started in 19… what it would be? 1975 and I think for the first three or four years operated on that basis, but I think it then became a platform for various political views which made it difficult to hold together over the next period. The idea was to hold a national conference every year, twice a year I think actually, once as a sort of talking shop and the second time ideally as a showcase and talking shop. It  had a committee, elected from the members that lasted a year and then was re-elected, who sorted of managed things.’

Taking over at Theatre Centre