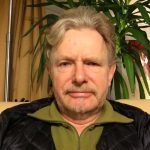 Below is an outline of the topics covered in our interview with Guy Holland and Norma Cohen in 2013, recorded to assist with the construction of the Sidewalk company webpage.

Interview content includes: Norma joined Sidewalk from teaching and was part of both first (1968-72) and second (1974-77) Sidewalk ‘waves’. Sara Boyes invited her to join. Sidewalk began at Manchester University with people from drama dept. Ethos was to make work that was both for adults and children. First thing Norma was in was adaptation of Til Eulenspiegel. Also played in Brecht’s Exception and the Rule. How name came about. Norma with company for 7 years. Late 60s. No funding. Another brief was to do community work. Worked at Mercury Theatre, Notting Hill, Oval, Roundhouse and Cockpit later.
In 1973 Guy worked with Recreation Ground on The Trick. Got on well with some of company and they agreed to start a company together – reforming Sidewalk which had stopped producing in 1972. Islington Festival approached Norma to create a play for children. Took idea to Sidewalk and it became their first production – Jack’s Trip to the Stars. Began January 1974. First Sidewalk show Guy was part of it. Original Sidewalk 1968-1972. People had gone their different ways – John Ashford, John Dove. 1974 – reformed with some old people + new, like Guy, Mary Croft. Marion Pyke joined in 1975 as first administrator. Before then company shared admin work.
3 in the new company were teachers. Very conscientious towards the community and treating young people as equals. Didn’t patronise children, challenging stuff. Devising work – sat round tables and discussed what they wanted to work on.
Developing Son of a Gun. How it came about, details of show and those involved – John Burrows (director) scripted it from their experiences. Very successful and went on to be performed nationally and internationally.
Trip to the Stars – company scripted through improvisations. Idea came from a book. Guy sings a song from the show.
Decided among themselves who would direct next show. Wonderful group of friends all working and creating together. Talk about acting profession’s left leaning tendencies of the time. Big clashes within Equity with the Right. Company all broadly Left. Work not overtly political but this came out through themes in their work.
Trouble with education authority on one occasion because a character used the word ‘Bum’. Shows got cancelled.
The Norse Play – a truly magical play. Describes piece. Good designers – Phoebe de Gaye and Luli Chapman. Guy sings a song from Norse Play. Very dynamic piece, done at Cockpit.
Difficulties and challenges of working in adventure playgrounds.
Peter Flannery wrote The Last Resort for them. Well made play but they did it for wrong audience in wrong venue. Describes negative experience and discuss at length why that was the case.
Travelling in the ‘bread’ van, other company vans and the drivers.
Rehearsed at different places – the Mission in White Lion Street, Hoxton Hall, old factory behind Keats House and in his sitting room and others. Mostly free and primitive. Mathias Road – they had a room where Marion Pyke helped set up community centre with them as part of it as resident theatre.  Next play rehearsed at Glass Factory, Highbury. Bit about Marion Pyke.
1977 – details about artistic changes and conflicts that came about that year which led to members leaving. This began when Rob Goodfellow insisted his girlfriend Berta Freistadt joined group. Guy left after the  production of Flemmy in May 1978. Following year Sidewalk was effectively finished and eventually rebirthed as Spare Tyre. Guy then founded Quicksilver. Discussion of success of company pre-77 and company dynamics and what happened after that changed it.
They felt part of bigger alternative theatre movement. Norma resident choreographer at Cockit and part of TIE company there. All went out on demonstrations eg Action for Community Arts. Founder members of ITC. Links with other companies. A lot of them had exploded out of Oval House. Artistic and skills sharing through workshops. Norma ran clowning classes etc. ITC good on policy and conditions of payment for fringe theatre work. By 1975 Sidewalk paying Equity rates, Equity company. Revenue funded by Arts Council.
Quite a lot about Oval House and Peter Oliver. Oval House was a magnet. It was all happening there, ‘where it was at’. He knew how to play the game in terms of getting funding. Thoughtful, subversive, benign. Man to say ‘yes’. Wife Joan, was a trained social worker. Partner in many different ways. Also Ros Price and Alfie Pritchard were there too. Great team. Norma set up a number of workshops, wrote them up and were printed.
Personal reflections of Sidewalk days.
Guy finishes with songs from The Rag Bag Doll Show. A bit about the show.