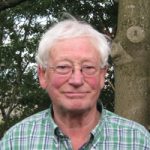 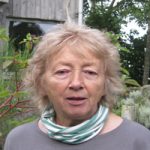 Sue Gill  and John Fox are both originally from Hull – they were ‘childhood sweethearts’ . John went to Oxford and then studied Fine Art under Richard Hamilton at Newcastle. In this context he staged his first ‘happening’ and then worked with Albert Hunt at Bradford College of Art where he discovered ‘another kind of anarchic, carnivalesque art’ that he felt in tune with. Sue Gill’s entry into theatre was through her earlier teaching career. As the young Head of a tiny village school in Hornby in the 1960s, she met the writers John Arden and Margaretta D’Arcy, whose children were at the school.  Gill and Fox founded Welfare State International in Leeds, when Fox became a Senior Lecturer at Leeds Polytechnic, and they subsequently spent several years devising poetic, celebratory performances with a changing collective of other musicians and artists with whom they also shared their lives. After a year in Australia (1978-9) Fox and Gill settled in Ulverston, buying a disused school and setting about developing a long term relationship with the community. In the 1990s Fox and Gill created their own imprint, Dead Good Guides, through which they disseminated their unique approach to marking and celebrating life’s rites of passage through performance. The development of this side of Gill’s work has continued since Welfare State finished. She characterises it as  ‘re-engaging with the river of vernacular expression ….which involves looking at points in people’s lives when they value art, such as at times of loss or change’.

Below are some extracts from Sue and John’s interview – a full account of the topics covered in his interview can be accessed at John Fox and Sue Gill Topic List page.

‘John Fox: It was also part of our whole kind of general philosophy that you can make really quite sophisticated, intense and sometimes difficult work but there would always be a place within it for people who are beginners, people weren’t excluded because they weren’t superstars and the same thing would go for an audience you know. I often think the work is like a sort of big Knickerbocker Glory it has lots of levels and it works on lots of levels, you know, so a five year old or an eight year old child can get into it just as much as someone who is a sophisticated theatregoer. But it works on a layer principle, but it’s  kind of both collective in the demonstration of the experience you’re offering, but it’s also collective in the process of the way it’s made and put together, which was very different from what we then discovered  later on I suppose was a typical kind of hierarchy model of the theatre – the writer, the director, the designer, you know which was run like a kind of factory really, we didn’t know much about that at all. We just evolved our own system, all the time. I suppose we just learnt, we picked it up, we looked at medieval theatre… If you’re going to work in the street whether you’re working in this century or centuries ago you’re going to use the same tricks – you want loud music, you want lots of fire, you want excitement, you’ve got to engage an audience. You’ve got to be melodramatic, all those things are just fundamental parts of theatre really.’ Sue Gill: ‘… and we were very disappointed by the numbers of companies who would begin to work in street [theatre] and use a lot of text and actually it just doesn’t work. You need to work with visual language and strong images – so it’s more like dance and choreography, maybe with certain key bits of text, but I think we developed a very strong visual language.’