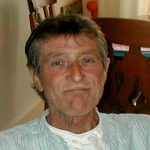 Playwright, director and actor, Noel Greig was born in Skegness, where his father was an end-of-the pier entertainer. He went to the local grammar school and then to King’s College, London, going on to form The Brighton Combination, an alternative space and theatre company in Brighton, with Ruth Marks and Jenny Harris, from where it later moved to Deptford. He went on to work with Inter-Action and then to join the socialist company The General Will in Bradford, where he was also instrumental in creating gay and lesbian community theatre movement which transformed the direction of The General Will. He then joined Gay Sweatshop, writing many of their major plays including As Time Goes By (with Drew Griffiths), The Dear Love of Comrades and Poppies. He went to work as playwright-in-residence with Theatre Centre young people’s company and has written plays for young people with numerous companies. In recent years, in conjunction with Kully Thiarai, he worked on Contacting the World, developing intercultural methods of playwriting, working with groups. He died in September 2009 after a long illness.

‘There were two friends of mine at university, two women friends of mine, one called Ruth Marks and a woman called Jenny Harris. And they’d been up to Edinburgh, to the Edinburgh Festivals and seen some of the stuff that was going on in Edinburgh which was happening ’65 – ’66. You know, the Traverse and the Happenings… and they were very excited about that. And we had had conversations about wouldn’t it be interesting if we just did something of our own. And we’d had sort of conversations like that at university but in a very sort of unformed way. And then while I was actually up in Harrogate and Oldham things were beginning to happen a bit more in London and places. And we’d had more of these conversations, and then that year we decided that we’d set up something of our own, and we moved to Brighton at the end of 1967. We’d found this old Victorian school house just off West Street just before the promenade, up a little alley. And we sort of got it for a peppercorn rent. A little Victorian school house and some outhouses, and we turned it into – we called it the Brighton Combination – we turned it into an Arts Lab on nothing. We converted this building. We had a room that was going to be the theatre, quite a large room, and we had small rooms with other things happening, but we had a cafe and that’s where we made our money…You’d go in in the morning, early, you’d prepare all the food, you’d cook all the food, you’d go and rehearse, and then those people who weren’t in the play would be serving the food in the evening, you’d do the play. Oh! that was the other thing about the space, we re-configured all the time, we didn’t turn it into a conventional theatre, it was a black box, it was one of the first black boxes. It changed all the time, we did different things with it. Then we’d do the play and then move everything around and we’d show a film, we had an old projector and we’d show films, radical films, and then that’s finish and we’d turn it into a dance space, and have light shows. This would go on ’til 3 in the morning, we’d have a few joints, go to bed, get up the next day and do it all again!’

Noel Greig’s archive is at Rose Bruford Theatre Collections (Details at Theatrefutures where you can also email to book access to  archive materials). For more information on contents see here and here for lists of scripts held. Rose Bruford also hold the Archive of Theatre Centre, the company for which Noel developed many of his plays for young people.