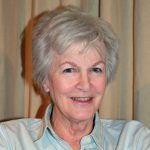 Nancy Meckler was founder and director of The Freehold theatre company (1969–73) – one of the principle alternative theatre companies to emerge from the Arts Lab scene in London. She had grown up in Long Island; trained in classical acting at LAMDA; studied experimental theatre at NYU and worked with the La MaMa Plexus company in New York. In 1968 she met future husband, David Aukin, and made London her permanent home. She joined the newly formed Wherehouse Company at Drury Lane Arts Lab and in 1969 became the director of the breakaway The Freehold theatre company. Freehold provided her with a major opportunity to create theatre in a non-naturalistic expressionistic way – while always placing the actor at the centre of the work. The company’s award winning Antigone toured the UK and Europe. When the original group of actors moved on, she auditioned and trained a second Freehold company. Roy Kift’s disturbing Mary, Mary 1972, was one of their most powerful creations. Freehold was wrapped up in 1973. Now a freelance director – her most satisfying work was with writers such as Pam Gems (Dusa, Fish, Stas and Vi ) and Sam Shepard (Curse of the Starving Class) who knew her and wanted her to direct their work. In 1981 Meckler was the first woman to direct for the National Theatre (Edward Albee’s Who’s Afraid of Virginia Woolf). She ran the Leicester Haymarket studio company prior to becoming artistic director of the touring company, Shared Experience in 1987. Here she had the opportunity to further explore an actor-centred physical approach to classics such as Mill on the Floss and The Bacchae. ‘It was like coming full circle’ – Meckler would work with Shared Experience for the next 22 years.

Below are some extracts from Nancy Meckler’s interview – a full account of the topics covered in her interview can be accessed at Nancy Meckler Topic’s List web page.

‘What I learnt from it [the difficulties experienced in the creation of Freehold’s Genesis] was that you cannot really try to [devise] with a writer in the room – I can’t anyway –  because if you have a collaborative situation where everyone has an opinion there’s always somebody who doesn’t like what you are doing and then everything, everything gets thrown out and so afterwards I thought that Joint Stock [Max Stafford-Clark‘s company] had been really, really clever when they came up with this idea: you do like a three week workshop, or maybe even a five week workshop, where you explore absolutely everything. Then the writer goes away and writes the play. The writer can write anything they like, they don’t have to use one word from the workshop, if you don’t want – you know they did that with Caryl Churchill – then you come back and you say to the actors – this is the play that’s come out of it, do you still want to be involved? And sometimes the actors would say no, because they would feel that it had moved too far away from what they had done in the workshop, but very often they would agree to be in the [production].’

The Living Theatre aesthetic and the burial of Polynices