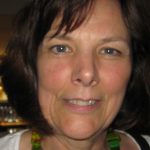 Margaret Robson (1951-) was an actress with The General Will from 1974-1977. She was involved with the Women’s Liberation Movement and was a socialist feminist, forging links with Asian youth groups in Bradford. When the General Will split, Robson stayed with the former company members who fulfilled a commission to write about housing in the Northeast and co-founded Road Gang. After 1977, she completed teacher training and taught English as Second Language, engaging in anti-racist work throughout her professional life.

Interview precis + timings: Born 1951; joined company in 1974 to work on a community-based production called Dickripitdown, about the local area/Manningham (1:05), previously company had focused more on national politics and shows were written by David Edgar; Robson had been Hitchhiking in Morocco and then fills in an open space in General Will (1:40); was part of The Pub Show, then company split in 1975 (2:00); original General Will had a commission in the NE to write a show about housing and a new development project – several people maintained that commission and wrote that show (2:30), then Robson and another person formed Road Gang formed 75/76 (2:50); Arts Council restored grant after Road Gang was formed, the group did a co-production about the General Strike; was an actress with the company; Robson leaves theatre in 1976/1977; did teacher training, taught ESL (4:04); time with company was short but eventful; venues used included trade union halls, socialist groups, community centres, pubs, taking theatre out into the community rather than expecting them to come in (4:57); relatively easy format to deliver, sketches, songs, like  review (5:30); with audiences it was about expressing solidarity with the situation people were in, them seeing their struggle reflected back to them on the stage (6:15); with David Edgar’s work there was more education/presenting of complex concepts in an accessible way; Great songs, great jokes (6:45), revisited for a revival for a festival of political songs in the early 2000s; came into the work as a political person, though she liked to sing and had been involved with drama a university, regarded herself as a socialist feminist (7:55); Robson’s reaction to the zap and split—it was a time of ferment for working out the relationships between groups of oppressed peoples (10:15); struggle, practical choices about what to say on stage; at that time felt clearly about socialism (10:36); the value of Noel Greig as a writer assured the thread of gender politics and sexuality came through (11:15); interrelation of identity politics and revolution (12:12); a fellow traveler, never joined socialist parties, had trouble with those institutions, bad positions on gay issue (12:25); after 1975, few women, sense it was harder for women to operate in General Will, move to recruit more women, Robson quite dissatisfied (14:00); authenticity and accountability debates, is it about craft or experience? Was quite disabling to the work (14:55); seemed particularly difficult in the group to have a shared understanding, hard to disentangle from personal differences (16:35); Noel going on strike during a performance, sense of lack of direction, position papers flying around , public meeting, things got very acrimonious (18:30); majority of members of General Will kind of gave in – it was unsustainable to continue to operate given how much it divided people on the left, struggle to work out what was the right thing to do (21:00); Robson felt the dispute connected to her antiracist work later in life – white people getting good at being yelled at, and despite the pain and defensiveness, it did change perspectives, issues were never discounted again, it had been made part of the mental map (22:50); debate about bringing in amateurs vs. craft, is it the story? (24:20);  Her experience with Road Gang affirms the need for craft; the writing matters, Road Gang didn’t have a really excellent writer and it hamstrung them, it meant they weren’t good enough.