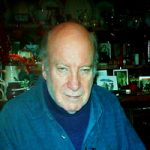 Born in South Wales, Roland Rees was educated at Charterhouse and University College Aberystwyth where he became increasingly interested in jazz and theatre. He began researching in New York in 1965 for a doctorate on Marcus Garvey but was swept up in the excitement of the arts scene and began directing plays off-off Broadway. Returning to London he directed for Ed Berman’s Ambiance Lunchtime Theatre (part of Inter-Action) introducing innovative African-Americans like Ed Bullins and LeRoi Jones and other new US playwrights and commissioning Trinidadian writer Mustapha Matura’s first play, Black Pieces. In 1972 he set up Foco Novo with David Aukin and Bernard Pomerance, developing a repertoire of political plays including Brecht, new writing, collaborations with musicians, and black British theatre, introducing playwrights like Alfred Fagon and Tunde Ikoli. The company enjoyed major success with Bernard Pomerance’s The Elephant Man. After Foco Novo was disbanded in 1988 due to Arts Council cuts, he worked as a freelance director, wrote an account of fringe theatre in the 70s and 80s, *Fringe First: Pioneers of Fringe Theatre on Record, and set up, with others, the Alfred Fagon Award to support playwrights of African or Caribbean descent. Roland Rees died on Wednesday, September 2nd 2015.

‘Then he had his play Foco Novo [Bernard Pomerance] which I loved immediately. It’s set in Brazil because he had a lot of Brazilian friends and he was interested in the politics there. Whereas the first show which was a short, small thing. Obviously people at Inter-Action, the Almost Free, we didn’t get paid, we paid Ed [Berman]…and I said, about Foco Novo, – because we had 10 in the cast – I said we’ve got find a way of paying people Equity minimum, which at that point was £12 a week, if you can imagine it. It just went up to £20 before we started the show. And he went around all his wealthy friends in Randolph Avenue and collected money to pay for the actors. Randolph Avenue was full of drop out Americans and psychiatrists who worked there, friends of RD Laing and so on. I mean he went to his friends first. He raised the money and even paid himself I think. Although we ended up playing more performances at the Oval House. The most interesting performances I thought were at the Roxy in Gospel Oak, which was a performance area. Freehold used it too. And John Ashford, John Ford as he then was, John Ashford who now runs the dance centre, The Place, he used to live there, he was the kind of caretaker for it. We did it there because it was a huge double garage, the doors opened outwards on to the small street. And we could use out on the street and then close the doors and there’d be interior scenes and the audience sat with their backs to the wall. And we used to have a jazz drummer who did all the rifle shots and automatic weapons, and we used the top of the roof where the searches went on. They were corrugated iron so they made a wonderful sound and it was based on a man called Lamarka who was an urban guerrilla.’