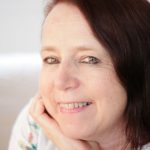 Susan is a writer, curator, dramaturg, arts/performance archive consultant and historian with special interests in women playwrights, black and Asian theatre in Britain,  live art and new writing for performance …as well as alternative theatre generally.

Susan studied English and American and Commonwealth Arts at Exeter University where she was introduced to the alternative theatre movement by Peter Thompson’s programmes at St Luke’s College, featuring companies like Joint Stock, Lumiere and Son, Monstrous Regiment, Foco Novo, Les Oeufs Malades, Incubus and Avon Touring. She then went on a direct exchange scholarship to the US to study  International Theatre Studies, where amongst others she worked with Zbigniew Cynkutis of Grotowski’s Teatr Laboratorium.

She went on to join the Omaha Magic Theatre, an experimental troupe set up by JoAnn Schmidman and Megan Terry, who had worked with Joseph Chaikin’s Open Theatre in New York and wanted to apply similar practices of creating theatre in a more ‘authentic’ community. It was a fascinating experience: as a company member Susan helped devise both site-specific and touring shows, edited the company’s newspaper and helped with admin — and performed on tours all over the Midwest to isolated rural communities, cities, Indian reservations and prisons.

On her return to Britain, at the height of Thatcherite unemployment she worked with Bread and Puppet Theatre on their procession for the major anti-nuclear demonstration in late 1983 and then joined, The Witkacy Ensemble in Colchester, a profit-share company devoted to the work of Polish playwright Stanislaw Ignacy Witkiewicz. Oddly there were no profits… Moving to London she trained with SHAPE in running drama workshops for people with special needs, served on the editorial collective of the short-lived magazine of alternative theatre The Plot, became an active member of the campaigning group Women in Entertainment and involved in the Half Moon Theatre’s actors workshop, while reading scripts for a number of theatres.

In 1985 she was invited to contribute her specialist knowledge of women playwrights as a member of the working committee of the GLC’s London Young Playwrights Festival and the following year set up New Playwrights Trust (later Writernet) in response to the demand of those attending for a support body. The organisation prioritised encouraging and setting up initiatives new playwrights generally but particularly those experimenting with new forms and those from groups under-represented in the theatre, such as a directory of black playwrights, in conjunction with Black Audio-Visual Collective. She also worked with numerous small-scale alternative companies, matching writers to companies and advising on working processes. She also jointly set up the Second Wave Young Women Playwrights’ Project at the Albany Empire in Deptford. Alongside work at NPT she worked on several performance projects including developmental work on new writing with the Soho Poly and dramaturgical work on The Magdalena Project’s Nominatae Filiae and also attended the major International Women Playwrights conference in Buffalo, New York.

In 1989 she left NPT to take up a post as Lecturer in Creative Arts (Performance) at Nottingham Trent University, teaching performance writing, performance studies and practical, and arts administration on this major interdisciplinary arts degree, while also programming the Powerhouse season of experimental theatre and organising several conferences. She also worked as dramaturg with the experimental theatre company Meeting Ground led by Tania Myers and Stephen Lowe, on projects with Polish director Zofia Kalinska. Her research at this time led to the publication of essays on black women playwrights in Britain and women’s experimental theatre (see below).   She spent a year doing research towards the major project of a critical bibliography of published women playwrights in English up to 1914.

She then went to Manchester Metropolitan University as Senior Research Fellow in Performance Arts in 1993, working on another interdisciplinary arts degree, where she led the departmental research initiative and commissioned Michael McMillan to produce the report Live Writing: Explorations in Training, with Arts Council funding and set up various initiatives on archiving and documenting performance. In 1996 she went to the Harry Ransom Humanities Research Centre on an Andrew W. Mellon Fellowship to pursue her work on women playwrights.

In late 1997 she joined the Theatre Museum as Curator of Contemporary Performance where she worked to improve the Museum’s archiving of the alternative theatre sector and helped develop the audio and video collections including the National Video Archive of Performance. She curated a series of major exhibitions including Exploding Tradition on the designer Tania Moiseiwitsch, Architects of Fantasy, both a retrospective exhibition/installation by Forkbeard Fantasy and an exploration of large-scale puppetry and animations in British theatre and carnival, The Redgraves: a Family on the Public Stage and Let Paul Robeson Sing! The last was part of a series of initiatives to highlight the Museum’s holdings on Black and Asian theatre which also included Black Theatre History Trails, displays on Ira Aldridge and the publication Black and Asian Performance at the Theatre Museum: a Users’ Guide. She also curated displays on Unity Theatre, community plays and censorship among others and ran events from jointly organising a symposium on street arts to readings of eighteenth century women playwrights.

Since 2005 she has been freelance, writing and editing various books and working on a range of projects including women’s suffrage-related work including a centenary celebration of the Actresses Franchise League,  a related web site and exhibition: How the Vote Was Won and a new edition of suffrage plays. She was commissioned to conduct the Society for Theatre Research survey and report on Oral Histories of Theatre. In 2007 she was awarded her PhD from University of East Anglia on Re-writing the Record: Women’s History as Playwrights.   She set up the initial Unfinished Histories projects with Jessica Higgs in  2006, following an event of the same name at the Theatre Museum. From 2008 to 2018 she was attached to Rose Bruford College of Theatre and Performance as Clive Barker Visiting Research Fellow, focused on developing their archives, researching and creating access initiatives around them see TheatreFutures. During the 2020-21  pandemic she set up the blog Her Inside: Women in the Lockdown as well as the Unfinished Histories online playreading group. and also began compiling  resources to raise awareness of  work on Black and Minority Ethnic theatre history on the Unfinished Histories site and elsewhere. She lives in London with her partner and two children. 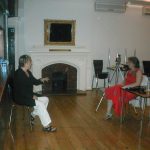 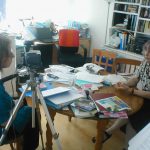 >Re-Staging Revolutions: Alternative Theatre in Lambeth and Camden 1968-1988, Unfinished Histories and Rose Bruford College, 2013
> Art, Theatre and Women’s Suffrage (co-author with Irene Cockroft), Aurora Metro, 2010
>“.. She Also Wrote Plays”: an International Guide to Women Playwrights from the 10th to the 21st Century, Faber and Faber, 2001.  An updated digital version of the Guide is in progress: for further details please email contact@unfinishedhistories.com. For a detailed list of those playwrights included in the book, see here.

For more information go to: