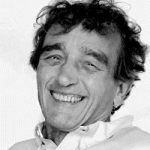 From Joshua Craze: The playwright and novelist Tony Craze, who has died aged 72, won the first Verity Bargate Award for new theatre writing in 1983. He went on to play an important role in British theatre for over 30 years, both through productions of his own work and through his championing of other writers’ voices as the Artistic Director of the Soho Poly Theatre and as Theatre Writing Associate at London Arts Board.

Craze was born in Newquay in 1944, and had a peripatetic early life. He worked as an actor as a child and young adult before attending art and film school. His first success as a playwright was with Shona, a terse attack on modern psychiatry, which won the inaugural Verity Bargate award, and was performed at the Soho Poly theatre. He wrote a number of other successful plays, including Living With Your Enemies and Passion, which Michael Billington described in the Guardian as “an honourable and engrossing attempt to explore the gulf between well-intentioned western liberalism and burning Palestinian rage.”

Craze’s plays were sparse, and characterized by an unstinting honesty. In many of his works, the British class system is interiorized by characters who battle their own anger, and search for a sense of peace and dignity. He had a long relationship with the Soho Theatre, which produced many of his works, including Angelus and Going West.

Tony Craze was also a committed teacher. As a resident writer at the Soho Poly, he painstakingly helped emerging voices find their way in the world of British theatre. From 1988-1991 he became Artistic Director of the Soho Poly. As Artistic Director, he oversaw the move of the company to a new home, as well as co-producing and presenting ambitious new work at the Royal Court and Riverside studios through that period. He championed the work of black writers in a season at the Institute of Contemporary Arts, including an award-winning opera, Emisori Rites, sung in English and Swahili.

After leaving the Soho Theatre, Tony Craze became Theatre Writing Associate at London Arts Board (now Arts Council London). Over nearly a decade there he encouraged and promoted new writing across London, opening up the theatre world for diverse new voices. Craze had a real and lasting impact on the culture of new writing in British Theatre. He was also an active member of the Theatre Writer’s Union, and of the Guild Theatre Committee, after the union’s amalgamation with the Writer’s Guild.

From 2008, Tony Craze lived in France with his wife, in the Haute-Garonne, where he wrote eight novels, and a number of works of nonfiction. His prose, as ever, was sparse, direct, and honest.

He is survived by Sarah Le Brocq, his wife, and his two children from a previous marriage, Joshua Craze, a writer, and Harry Craze, a music producer.

Sue Dunderdale writes: ‘I’m not quite sure when I moved from being Associate Director to Artistic Director of the Soho Poly Theatre as it then was but is was ’84 or’85 and Tony Craze was already a writer with whom I wanted to work. I’d seen Shona which I think was the first play to be awarded the Verity Bargate prize and I knew he was a wonderful writer. His play Living With Your Enemies must have been my first production after becoming Artistic Director. It was a family play, a semi-autobiographical play, and in my memory, it feels like a huge and epic play and yet there were only 4 actors on the stage. I associated with the hidden back story of class confusion and anger and the deep consciousness that we become what our childhood and our family make us. The life that follows is made up of our struggles with that consciousness and the victories and defeats between the now and then. This struggle within that space, that yearning to be more than what we come from and yet to fiercely honour it, that longing for belief and something beyond, combined with deep scepticism, anger and an incisive humour, were just a few of the qualities that I loved about Tony’s work, and which made him such a challenging and rewarding writer to work with both for myself and the actors.

After that production, or just before it, Tony joined me as the Resident writer at the theatre. There he began the patient, painstaking and inspiring development of workshops for writers at different stages in their development; he tended them with the love, skill and care of the most diligent gardener. From that period there are so many writers of all ages who owe the discovery of their voice to Tony.

Whilst I remained Artistic Director, I directed two more plays by Tony Angelus and Going West, always containing the same themes and preoccupations but expressed in startlingly different narratives. When I decided to leave in 1988 and go to Greenwich as Artistic Director, Tony was the natural choice to take over as Artistic Director. It felt right that a writers’ theatre should be run by a writer and especially this particular writer. From 1988 to 1992 Tony preserved the theatre when it lost its building and became homeless and in danger of disappearing altogether. He guided it through temporary homes until it found a semi-permanent space at the Cockpit. In that time he developed a whole series of writers’ workshops which were to remain as the basis of the ways of working with writers for the Soho Theatre from then until now. It is indicative of his great passion for the development of other writers that during his time as Artistic Director he did not produce one of his own plays.
As a member of the Board and as a friend I stayed in close contact with Tony and was privileged to direct one of his later plays Squint at the Chelsea Arts Centre in 2003. It was an extraordinary piece dealing with art, as opposed to celebrity, addiction, the need for miracles, and above all the possibility of love in the most unlikely circumstances. It needs to be seen again, as do all his plays.

In the following years I lost touch with him although I always sort of knew where he was until on the 2nd Sept I received an elliptical email sent via his wife Sarah, letting me know he was dying. I was privileged to be able to see him just before he died and to try, clumsily, to let him know how much I appreciated him as a friend and a writer and especially for the brilliance and depth of his work. I hope that it got through to him.

Today Sarah emailed that he had passed away peacefully with his family around him. All the love in the world which he deserved so much.
As a writer he was spare, layered, witty, moving and many other things but most of all he was cruelly honest, he wouldn’t allow one false word or moment that didn’t aim for truthfulness. I am a much better director for having had his work to direct and he should be honoured as one of the great playwrights of that period from the late 60s onwards when the theatre was striving to change itself and the world.’  (September 2016, reproduced courtesy of Sue Dunderdale)