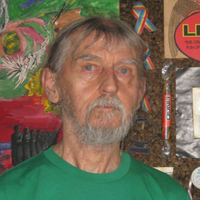 We were, despite his age and the diabetes he had coped with for many years, shocked as well as saddened to hear of the death of Alan Wakeman on 9th August 2015.  He was such a  tireless campaigner who was still battling to save his local GP surgery as he had continued to do as part of Save Soho and Save Piccadilly campaigns over the years and in the Gay Liberation Front. It was during the Save Piccadilly campaigns in the early 70s, fighting to prevent swathes of demolition, that he met ED Berman, which led to his involvement with Roger Baker and Gerald Chapman in organising Britain’s first Gay Theatre season when ED invited Roger to assemble what became Gay Sweatshop. We interviewed him on audio in 2014 (a web page is under construction but see Topics List here) and subsequent discussions led to the organisation of the event Homosexual Acts, both a 40th anniversary celebration of the first Gay Theatre season in 1975 and a Benefit for Unfinished Histories at the Arcola Theatre in February of this year. You can view video of the event including Alan speaking about his play Ships here. Alan also generously had reprinted a poster of the original mural he had painted on the wall of the Almost Free: ‘What is Heterosexuality? and What Are its Causes’  in support of Unfinished Histories. (You can buy one through our Shop)

He will be much missed. Please email contact@unfinishedhistories.com  if you would like to contribute  memories to a webpage for him.