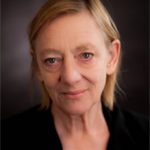 Actor and theatre maker –  Beryl and the Perils company member

Below is an outline of the topics covered in our interview with Didi Hopkins and Claudia Boulton in 2013, recorded
to assist with the construction of the Beryl and the Perils company webpage.