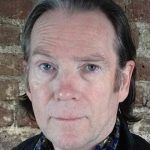 Co-founder of Crystal Theatre of the Saint

Below is an outline of the topics covered in our interview with Paul B Davies in 2013, recorded to assist with the construction of the Crystal Theatre of the Saint company webpage.

Interview content includes: Wanted to investigate avant-guard/surreal theatre of Beckett, Pinter, Artuad, not interested in traditional theatre. Set up the company with Bradley Winterton (BW) who had worked with Robert Wilson in France. BW joined Paul in Bristol. Mortimer Ribbons made up triumvirate. Discussed what theatre meant to them. Booked a space, got a title and made a show. Dave Borthwick also joined them, he was skilled and experience with rock light shows. With him they created shows with light projections setting the scenes – places/spaces. Some info as to how this worked. Crystal Theatre had a reputation of being disorganised and ‘trippy’ (a little about drugs and their work). Talks about differing attitudes between continental Europe and the UK concerning new work.
Success with their first Melkweg (Amsterdam) show led to a year’s residency in de Lantaren, Rotterdam. How they made shows. Did only short runs of each. Very little of work recorded which is a good thing as it is almost impossible to capture live work.
Each performance medium has its own strength that cannot be done in other areas. Theatre is about the relationship with a live audience and interacting with them. Other 70s groups exploring similar ideas. Goes through very early years and first shows, Foul Play; To Zoe a Daughter – celebrating birth of child within company. Crystal Theatre company members would dress up and go to the seaside or pretend they were tourists who couldn’t speak English, sometimes interacting with the public, sometimes just between themselves. Black Tea – where everything was in black. Talks about Bristol’s heritage and in the 70s. Did shared evening performances with Forkbeard Fantasy, meeting to do work together in the bars afterwards. In 1978 they created their own company punk band. Began using recorded music for shows, this led to using live musicians on stage, then to forming their own band. Performed separately from shows. Information about band and people. Worked with Jeremy Sandford on one show at ICA, 1981. Final show was The Protector based around Oliver Cromwell. Not very successful, they were winding down, running out of steam. Talk about a comic that Andrew produced about company. Recap early history with extra detail about Bradley and John Schofield and company. Mentions Ideas are Animals.