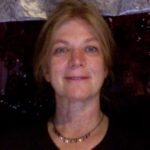 Below is an outline of the topics covered in our interview with Helen-Anne Ross in 2013, recorded to assist with the construction of the Inter-Action company webpages.

Interview contents include: Born in Perthshire, 1947. Father, lawyer, Mother, music teacher. Schooling, mainly at Rudolf Steiner schools. Had done work with local drama set-ups in Edinburgh. After gaining qualification began teaching. Soon left for London to find acting work. Answered an ad and joined Dogg’s Troupe late 1972. First as an ASM but then as an acting member when ED Berman formed a 2nd Dogg’s Troupe after original actors left. New company had 3 men and 3 women in it. Inter-Action were based in factory at Talacre Road by then. Naftali Yavin had recently died and HAR was given his room to live in. Stayed with I-A for around 18 months. Worked with structured ‘games method’ employed by company. Mixture of doing established Dogg’s Troupe work such as Moonmen and new work they evolved themselves. Tensions with ED Berman (EB) over their new work. Involved with the Pre-school scheme conceived by EB where a mother would work directly with Dogg’s Troupe developing the work. There were problems with this and it was only tried once.
Also part of OATS (Old Age Theatre Society) which was much more successful but only lasted for one tour – 3 pensioners worked with Dogg’s Troupe visiting old people’s homes and community centres. They were dressed as pierrots and format was a kind of music hall.
Worked on the Fun Art Bus Mark 2. Tours to Paris, Germany and England. Discuss differences between this Bus and the original one. Describes ‘Ticket Inspector’ who was a flasher.
Part of Father Xmas Union picketing various places and causes.
Talks about only theatre-based piece Dogg’s Troupe did at the Almost Free. Thinks it was called Why Can’t We Have the Sea in London? Auditorium flooded to make venue feel like the seaside.
Often working 12-14 hours a day, 6 days a week – rehearsing, performing, picketing, box office Almost Free etc. Helped with I-A’s video van. As Dogg’s Troupe they would go to a housing estate wearing multiple costumes, eg all Moonmen, walk around singing, kids would follow, then form into a circle where the company would do a play in the middle, kids were then split up into groups to go off and do creative things. Parents, social workers, video van all drawn in to help create tenants associations etc. I-A would be invited in. All gigs set up by EB and David Powell.
When HR left she was exhausted and needed to rest and take time out which she did. Afterwards picked up work with Galsgow Cits, Phoenix Leicester and also work with Phantom Captain on Humalians – humans who were actually aliens. Describes the work. Settled down in Holland, got married, had kids. Now plays in an all women orchestra as a cellist touring all over the world. Has worked in film, voice-over, theatre, translating. Reflections – loved constant innovations, new things and the travel is brought. Sings song from Pre-school playgroup show.