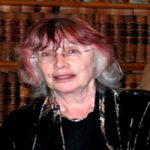 Michelene Wandor is a playwright, poet, fiction writer and musician. She is the first woman playwright to have had a drama on a National Theatre main stage, The Wandering Jew (1987), the same year her adaptation of The Belle of Amherst won an International Emmy for Thames TV. Her prolific radio drama includes numerous original plays and dramatisations, many nominated for awards. She was the first historian and anthologist of the post- 1970s women’s movement in British theatre, editing four influential volumes of Plays by Women in the 1980s. Her books on contemporary theatre include Carry On, Understudies: Theatre and Sexual Politics and Postwar British Drama: Looking Back in Gender. She is also a successful poet. Her book, The Author is not Dead, Merely Somewhere Else: Creative Writing Reconceived, is published by Palgrave Macmillan, and The Art of Writing Drama is published by Methuen.

‘Ed Berman came over [from the States] and was at the helm of Inter-Action, and he set up a theatre in the centre of town called the Almost Free Theatre and they put on lunchtime plays. You could go and see a play for free, and you gave what you could afford, so it was almost free. So if you didn’t have money, you could just go and see the play and then go home again. If you did have some money or felt you wanted to give some money, you just contributed.’

Documentation and publishing the work

Other books by Wandor:
Strike While the Iron is Hot: Sexual Politics in the Theatre ed. Wandor (Journeyman, 1980)
Carry on Understudies: Theatre and Sexual Politics, Routledge and Kegan Paul, 1981
Look Back in Gender: Sexuality and the Family in Post-War British Drama, Methuen, 1987
The Body Politic compiled by Wandor (Stage One, 1972)