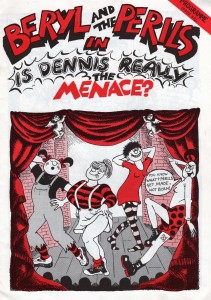 Thurs 28th March and we are having an Unfinished Histories Board meeting in 'The Create Place', a shopfront space just down the street from our new office at St Margaret's Settlement in Bethnal Green. The main building is an old white Georgian house, one of the many late 19th century institutions set up by universities, colleges and religious groups to do good among the poor of the East End. They now form a base for charities and non-profit groups of many kinds from Tower Hamlets befrienders to Bodywise, alternative health practitioners, and the local Council for Voluntary Services. There is a vegetarian cafe downstairs from the office from which tempting smells float up to the windows  – The Gallery Cafe – and our own charity shop next door, with The Create Place 3 doors down, hosting drop-in sewing and making sessions on Monday mornings and meetings, when they overflow from the main house. This one is enlivened by the theatre of people walking by, pausing briefly within the frame, and sometimes peering back at what might be going on in the shop-window. One woman stops and frowns in past the reflections and then starts to wave. As we look back bewildered she unfolds from the pile of papers in her arms a black A3 cartoon on orange day-glo paper: Beryl the Peril, the classic comic character from The Topper and then The Dandy, female rival to Dennis the Menace in the cartoon world and -since the late 70s his feminist nemesis in the work of the theatre company she inspired, Beryl and the Perils. It has by now dawned on me that the woman with the black bob and the scrapbooks is Didi Hopkins, an original Peril in person. 'Stop by this afternoon' I'd texted her — and then forgotten. And so our agenda of how to build the organisation and gather this history becomes immediate and vivid as copies of Nicola Lane's recreations of the cartoon Beryl, as she confronts Dennis's sexism and discovers her own sexuality, spill across the table, along with posters and photos of the Perils in performance, awaiting storage in our archive upstairs in the office and scanning. Selected items will be included in the web page that volunteer Lucie Regan has been building from her research and interviews with Didi and with Claudia Boulton, while others are readied for inclusion later in the year in our exhibitions on alternative theatre in Camden – where Claudia still lives and the company was based – and in Lambeth.